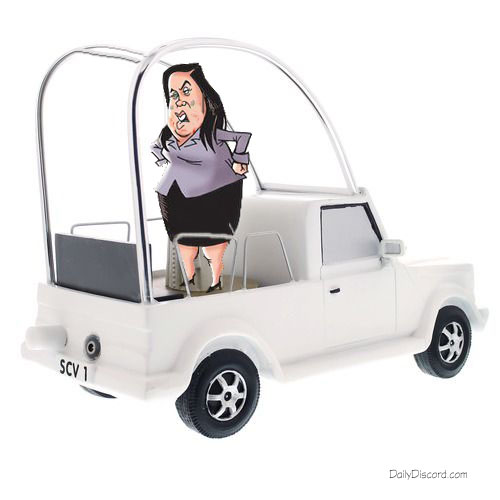 Tweet Tower—In order to protect members of the Trump Administration from PBR cans, Starbucks lids, and spitballs, key members of the Trump Administration have been issued a Safe Space of their own. At least a dozen Trumpsters are being issued Secret Service protection as well as cool bubble cars. Many are calling this a natural progression as  republicans already live in a political bubble, so an actual physical bubble represents the next next logical step in their devolution. Eventually these vehicles will double as swamp fan boats so, once indicted, they can simply return to their primordial ooze.

The White House also announced these new bubble cars come with special semi-truthiness glass that allow fecal particles out, but can block all political realities and truths from entering. Kidding, republicans already come equipped with that naturally.

Vice President Mike Pence said, “Could you imagine if these snowflakes believed in our 2nd Amendment rights? We would have needed to make the glass bullet proof, which would be cost prohibitive.”