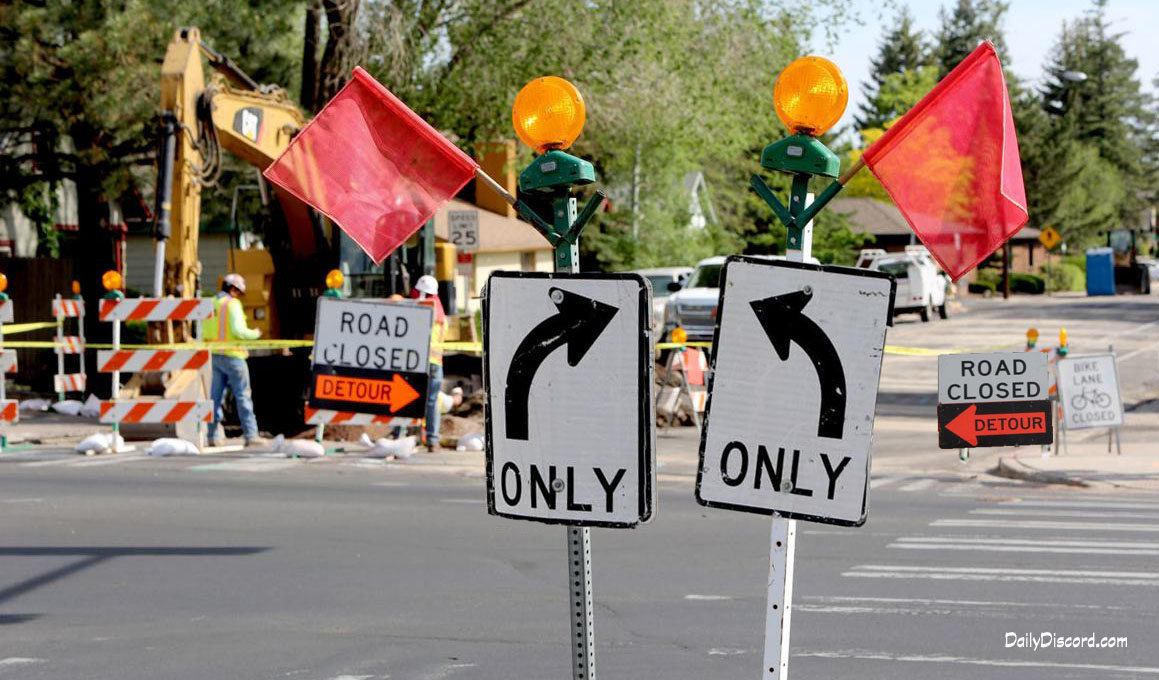 Flagstaff, AZ—The Arizona Department of Transportation announced the fact they are completely out of orange cones, orange barrels and detour signs. Apparently, Walmart is even out of orange spray paint as well. They would like to order more, but there is fear the department’s own workers would become unable to make it to the various construction sites dotting the surrounding downtown area.

Bob Getz of ADOT said, “Flagstaff is a small town with big congestion plans. We have big plans, the best congestion plans, as our president would say. We explored all of the major arteries in and around downtown and picked the most critical to work on—or, on our case, not work on—all at the same time. We started on the entire half mile stretch of North Beaver Street last year at this time and we should be wrapping this up …no friggin’ idea. I like going down on Beaver. In fact, right at the corner of Beaver and Cherry is where I told my team, ‘Guys, start drilling some holes.'”

The Mayor of Flagstaff, Coral Evans, said, “I have a little congestion too, but that’s different.”

In related news, one backhoe is suing the city for being named after an objectionable slur.