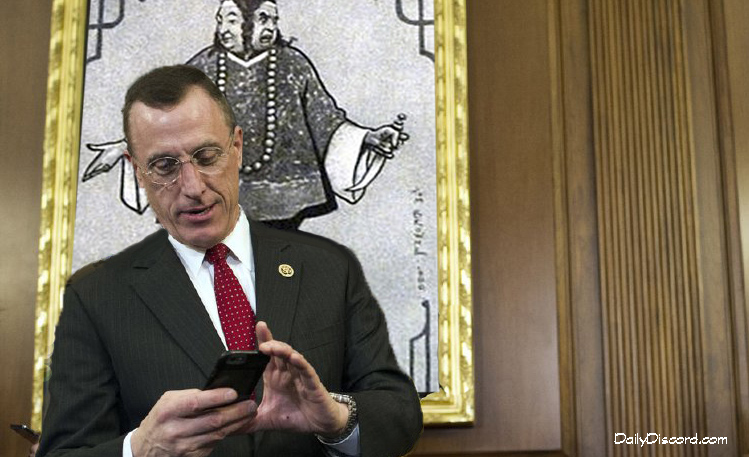 Pittsburgh, PA—Eighth term conservative congressman, Tim Murphy (R-Pa), is in an ethical quandary today after details emerged of an extra-marital affair, a pregnancy, and his rather progressive solution. After bringing Speaker Paul Ryan some Ayn Rand shot glasses, the two talked about the politician’s future in the GOP, or lack thereof. Murphy told the press, “When Republican politicians say the words ‘family values’, we mean it in a ‘do as I say, not who I do’, kind of way. It’s not hypocrisy, it’s hip-ocrisy. See what I did there? Look, it’s an extra marital affair, which means I’m working extra hard for the American taxpayer *cough* …well, with the aid of that blue pill still covered by the American taxpayer.”

When our own Cokie McGrath interviewed the congressman, she asked about his 32-year-old mistress and just how young the 64-year-old was willing to go? Murphy seemed taken aback by the question, “I know what you’re implying, young lady, but I am from Pittsburgh’s 18th congressional district, so even my district has reached legal age of consent. Having said that, what are you doing later?”

President Trump commented on the matter in tweet form:

Congressman Murphy was angered by the president’s statements and told the press, “I can also wield this, this Tweeter machine! Or, uh, I could get my mistress to help me tweether, if she would just return my landline calls. I will tell you one thing, you have not heard the last of me! In fact, I may run in 2018 as an extra-dependent.”

“Some exceptions to abortion should be made, like in cases involving the reputation of the politician.”

(The Onion just did a similar joke, but I already wrote this shit so F ’em. As usual, mine is funnier! And there’s a whole team of those people, and why do I have to go to Chicago to apply for a job there? It should be an online gig. Grrr. #WindyShitty)