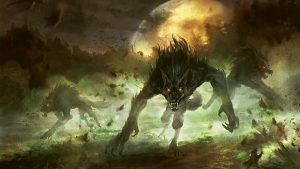 Iowa—Jeb Turley of Podunk Falls has made a living off of his predictions, well, that and dumpster diving. Two years ago he predicted all pizza crust would come stuffed with cheese and early last year he announced Trump would become the 45th president of the United States. This year he has become obsessed with werewolves and believes they will replace mankind as the dominant species by 2024. Since 1963 Jeb has announced his prediction annually, and quite unsolicited, at a designated Podunk city council meeting. Until his Trump prediction, Jeb has never gotten a prediction right in his five decades of attempts, but now he feels like he’s “kind of on a roll.”

Jeb explained his interest in prognostication. “I studied all the greats over the years, Nostradamus, Edgar Casey, The Simpson writers, even Johnny Carson’s the Great Karnak. He wasn’t so great, actually. None of them impressed me much. I always predicted I could do a lot better, which turned out to be wrong as it were.”

When asked about his inspiration for how he guessed Trump would become President, especially considering how Vegas gave Hillary 10 to 1 odds, he said, “I think I ate somethin’ the night before that was spoiled. It had almost a hallucinogenic effect on me. I’m going go try to find the rest of the sandwich. What was the question?”