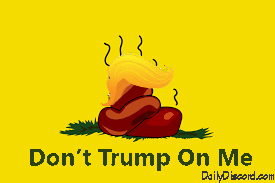 Pokey is singlehandedly blowing up our comment threads again, which is actually a welcome change from the usual spam. As tradition dictates, most of his comments equate to the old rightwing bait-n-switch. Whether he realizes it or not, the right’s recent social media  two-step is an effort to quell the increasing cognitive dissonance and avoid the whole, ‘Oops, we kind of elected a braindead fascist to run the free world.’ What’s the worst that could happen? I’m actually fine with a full collapse, anything to avoid having to binge watch the next season of Netflix’s Gotham. Just throw out your copy of the Constitution, Pokey, your president already has. Kidding, he never had one.

Pokey’s comments are a Resist movement lowlight reel. The right remains transfixed on angry millennials. Whereas angry young people are completely devoid of any political power, they somehow pose the greatest threat to our First Amendment rights 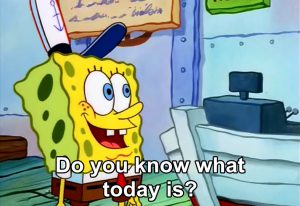 Wait, is it Opposite Day?

Young people are apparently mounting this coup through a delicate blend of endless disruptions and all-night keggers. Which begs the constitutional question, should we protect the right to keep and beer pongs? From my cold keg stands? Am I condoning this behavior? …maybe on Saturdays. Fine, Pokey, I agree that no one should infringe on anyone’s free speech in this country, period, but why do these individual incidents outweigh what’s happening systemically in the Oval Office?

Retraction: there is nothing systemic about it.

Leave it to Republicans to ignore the real threat, every time. If the dam above town was about to burst, Republicans would be covering a story on the puddle forming outside of the Circle K …well, in their defense, it is purple and suspiciously close to the Slurpee machine. Tell you what, you explore the bad behavior of every liberal protestor in the lower 48, Pokey, and I’ll focus on the gross abnormalities of the 2016 election. No? What if we renamed it Voteghazi? No? Then at least look into my post election drinking habits. Black Russians Matter?

Look, Trump has a super majority, which equates to an army of people with a worse record than even Art Garfunkel’s solo album. Too old of a reference? Fine, how about David Lee Roth’s, aka Hello, Yankee Rose …goodbye Diamond Dave! Nothing? Screw you people. Trump probably will.

“When has the Left rented a space for a speaking engagement, and the Right disallowed the speaking engagement to take place? I’m not talking about somebody going to a rally of a political adversary and being made to feel uncomfortable or threatened. I’m talking about having your own legally ‘paid for’ event space being disrupted so that people are disallowed to enter the venue (see Berkeley or NYU or even such attempts at Donald Trump rallies) or that people take over the stage and disallow the scheduled speaker to use the microphone (see Black Lives Matter at Bernie Sanders). I do not recall the Right engaging in such activity. I challenge you to show me that I’m wrong.”

This is just the precursors of revolution, Pokey. Mmmmm, precursors. If you want to pit the ACLU against some student council somewhere, go for it. I don’t know the specifics on these cases but, generally, private spaces and private places have little to do with the First Amendment. You have the right to be as wrong as you want, but there’s no guarantee of a platform.

Our freedoms are certainly in peril, but why not address the 800 lb. orangutan in the room? How do the actions of individual protestors trump, President Ass-Clown Hitler? You’re going to take that bet? Really? For the most part, it’s spontaneous student interruptions (SSI) vs. blatant Republican deconstructionism. Republicans won’t just deconstruct vital government departments, but put our entire system of checks and balances at risk. They are formally silencing the press, actively gerrymandering, and have successfully implemented widespread voter suppression. Are you holding that document upside down, Pokey? As for free speech, Congress just yanked the microphone out of Elizabeth Warren’s hands for trying to recite a relevant letter during the confirmation hearing of a known asshole. The aforementioned student council is sadly silent on this matter.

Freedom of the press is integral to the First Amendment, yet Trumpidente may yet kick the press out of the White House all together, and this week he allowed only one credible news agency to even attend his Mess Conference. On a good note, maybe future press conferences can shift to a Between Two Ferns format.

Ass-Clown is also hiring the lawyers who took down Gawker. So he’s likely going to start using these thugs to bully a number of dissenting news sources all across the country, including *gasp* blogs. He will call them “Offensive” and “Fake” and “Fakefensive”. In the name of free speech he will Gawker them out of existence. This crapola has already started with Melania, here. In the Trump family’s defense, they really don’t have enough character worthy of defaming.

Our President also wants flag burners stripped of their citizenship, which is also protected under freedom of speech. But don’t feel bad, Pokey, every corner of the Constitution is at risk under this man-child that you have big-handpicked to defend the Constitution. Don’t toddler on me? Or is this one more apropoo?

Republicans have always had to resort to bait-n-switch to avoid looking in the mirror. Yeah, I wouldn’t do that. Just pretend you’re a vampire with an eating disorder. Things will likely degrade further on both sides, right up until the revolution. Sorry you’re lagging on the whole current events thing, Poke, but a revolution is not out of the question. I prefer to allow the Trump Collapse to happen first, you know, to support the choices of our pathetic political brethren as well as defend the rule of law. But, like it or not, a collapse is very likely under the sheer weight of Republican stupidity. That is when we will likely make our move. On this point I remain cautiously pessimistic.

I admit many liberals don’t want to wait until they lose their healthcare, their paychecks, or their lives, thus all the bad behavior. But, like it or not, the actions of the right are always at least 10x more deplorable, well, if history is any judge. Speaking of judges, Trump has already effectively marginalized the press, so what happens if this buffoon starts ignoring our judges? What is your contingency plan then, Dr. Constitution? …you know, when the last of our checks and balances fail? It does comfort me to know you’re snuggling somewhere with your copy of the Constitution, perusing it for ways to keep the Black Lives Matter menace at bay. The First Amendment was designed to protect the people from an oppressive government, Pokey, aka, the people you voted for. When are you going to realize what’s happening?

13 comments for “Donald Trump: Constitutional Scholar Or Return Of the Prodigal Dumb?”