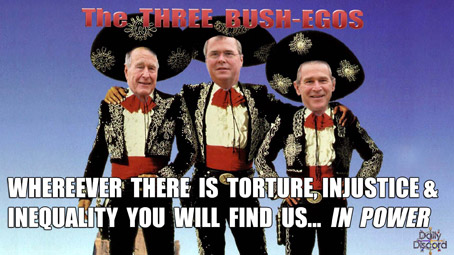 END_OF_DOCUMENT_TOKEN_TO_BE_REPLACED

The following is an email exchange between two Discord contributors, Pokey McDooris and yours truly, Mick Zano. I admit I added the conclusion after the email exchange, because I’m a terrible person. Life isn’t fair,
Pokey.

Pokey: I’ve been thinking about it, Zano. What’s the difference between Barack Obama and Bernie Sanders?

Pokey: No, the answer is honesty.

Zano: Honesty? So it’s true what Billy Joel said, it is a lonely word?

END_OF_DOCUMENT_TOKEN_TO_BE_REPLACED

Brent Bozell is both a Fox News Contributor and the head of the Media Research Center. Last year, against my better judgment, I joined his merry little band of memes. His website helps the politically insane keep up with all the horrible atrocities liberals are perpetrating on good, decent Americans. You know like smoking pot, drinking beer, and graduating colleges, often simultaneously. Multi-flasking?